In 2016, the Blue Energy Mechanism was a new and risky idea to invest in watersheds and get hydropower companies as downstream beneficiaries to pay. Back then, nature-based solutions were just coming into their own, but now pilots like this one are bringing big scale-up opportunities in other downstream water sectors for boosting critical global climate resilience goals.

The idea of paying landowners to support ecosystem services, like conservation of natural areas and reforestation, is not a new one. However, in recent years there has been a shift towards the concept of nature-based solutions, in which investments in nature are explicitly targeted based on the financial benefits they provide.

“This is a technical framing on the premise that if nature is providing value, then we need to value it back,” says Justus Raepple of the Nature Conservancy, who implemented the Blue Energy Mechanism (BEM) pilot in partnership with Conservation International.

But how do you quantify that value? Thanks to advanced computer modelling and our better understanding of how ecosystems function and generate services, we can now indicate quite definitively what additionality is being provided by upstream watershed ecosystems to downstream beneficiaries - in this case benefits that nature-based solutions in watersheds and catchment areas are bringing to hydropower plants and surrounding communities.

Why is this important?

Raepple cites an estimated USD 800 billion that is going annually into the global water sector, including drinking water supply, wastewater collection and treatment. “And less than 0.1% of that goes into nature, which is the source of all our water.”

In Latin America at the time when BEM was being developed, there was another trendline in place, the concept of water funds. “There were 45 funds being paid into by multiple downstream water beneficiaries who believed in the value that watersheds can provide,” Raepple recalls. Among them were utilities, agri-businesses and other companies. But there were very few hydropower companies.

“We wondered why,” says Romas Garbaliauskas of Conservation International, “especially since they are entirely dependent on upstream water health.”

When approached, it became clear that the hydropower companies didn’t have the models or data to forecast these benefits with sufficient certainty that they would be willing to pay up front. However, according to Garbaliauskas, they did seem interested in paying for the benefits once they had accrued.

From there, the BEM pilot concept was born with Raepple and Garbaliauskas acting on the thesis that if they could develop a very specific understanding of the reservoir operation and the financial benefits that a healthy watershed provides to a hydropower facility and be able to show the return on investment in the health of the watershed, they might be able to get hydropower companies to pay for those financial benefits.

In Latin American countries, roughly half of total electricity supply comes from hydropower, and in Colombia, where the pilots eventually took place, the share of hydropower is 70%. Of all watershed beneficiaries, hydropower companies also had the highest burden of proof requirements.

“The highest monetised value of all the water in a catchment is also typically in the energy context,” Raepple confirms. Targeting hydropower therefore seemed to be a promising way to motivate watershed conservation investment, especially given that the sector was already familiar with advanced financing arrangements.

As one of the first of its kind, the Blue Energy Mechanism was picked up by the Climate Finance Lab as part of their 2016 call for innovative climate finance instruments. The team was excited. “The Lab was putting us in the position to accelerate the development of a whole new way to finance investment in watershed health at scale,” Garbaliauskas affirms.

The nine-month Lab process during 2017 accelerated their ideas including the chance to workshop them in the Lab network. This included working with development finance experts with access to hydropower companies. The Lab network validated the idea of developing a pay-for-success model for watershed financing. In this case, “success” being sediment and water flow management solutions that would increase both the profitability and sustainability of hydropower operations.

Now, they had the package and a stamp from the Lab, which, as they put it, created a warm entry for fundraising. And also a nice set of guardrails to know where the risk areas were. A pilot was needed for potential investors to better understand this risk. “And kudos to the NDF and other funders who got behind us,” Raepple enthuses. “Because climate solutions like this one, really deserve a shot.”

NDF gave a grant of USD 275,000 as part of the USD 1 million starting point. The project was co-financed by the Dutch development bank FMO, the Inter-American Development Bank and Conservation International Seligmann Innovation Fund.

“At that time, nature-based solutions were still coming into their own, specifically in the context addressing the impact of climate change on ecosystems,” says Isabel Leroux, Program Manager, NDF. This was something entirely new that just a few years earlier wouldn’t have been possible because the math didn’t exist.”

“We wanted pilot companies with optimum operational enabling conditions to test the model,” Skurtis recalls, “as well as people with a willingness to share data and to experiment.”

The team settled on two hydropower plants in Colombia, both with adjacent watersheds and both with large production capacity using water sourced from reservoirs. Both plants were also being affected by high volumes of sediment exports to the retention dams.

Reservoirs depend on upstream ecosystems and both these watersheds had also been severely degraded by human activities over the past decades. Backed by Conservation International’s existing expertise in conserving Colombian High Andean ecosystems, the team chose interventions: targeting habitat protection, passive restoration, active restoration using nucleation or enrichment techniques, agroforestry and silvo-pasture.

“There was very little awareness that green infrastructure, or nature-based solutions, can achieve the same outcomes, and much more,” Skurtis says.

For example, a wall blocks sediment but it doesn’t solve the problem of erosion further upstream, whereas solving issues at the roots brings multiple benefits.

Green infrastructure could be agro-forest management, which restores soil capability and reduces runoff. “Forests act as sponges, Skurtis explains, “absorbing water and releasing it back slowly and maintaining a base flow during dry seasons.”

It doesn’t mean forget grey, but rather that nature and concrete complement each other, while at the same time bringing better soil quality, biodiversity, carbon sequestration, habitat for pollinators as well as other socio-economic benefits.

“Nature-based solutions make grey infrastructure more resilient in the climate context,” Skurtis says, “So you could say that green plus grey is better than just grey.”

The pilot companies had traditionally put more trust in grey infrastructure, where they have more experience and a deeper evidence base. “With grey they could already quantify a clear risk-to-return on investment and they had decision-making and internal processes in place.” Whereas, green is outside of their traditional scope and would also mean engaging with additional stakeholders.

The goal of the BEM pilot was to develop knowledge on the benefits of green investments and through this incentivise hydropower companies to invest in green. This was done by developing the mechanism and tools for hydropower companies to become better equipped to understand if, and how, nature-based solutions could contribute and where and how they could impact financially. Notably, the analysis concluded for both plants that the main value from the intervention would be to extend the reservoir lifespans. It showed that large investments in nature-based solutions portfolios can make financial sense for hydropower under the right circumstances.

“Although eventually the two pilots did not move forward with transactions,” Skurtis says “we weren’t only thinking of transactions to denote success.”

During the pilot there was an increasing understanding of the need to catalyse existing mandatory or voluntary investment in conservation activities towards more effective interventions that can both have positive impacts on operations and create benefits for the environment and local communities.

“Technically, this methodology can help any business assess the potential of nature-based solutions from watershed ecosystems to tackle their water security challenges or enhance their operations,” Skurtis says.

“In the context of climate change, bringing longer droughts and more floods, these tools are even more important,” says Leroux, “because it is only going to get harder for ecosystems to regulate flows and for adaptation and resilience to be achieved.”

The findings are also relevant from the climate mitigation and energy security standpoint, in that more efficient hydropower production and longer lifespans for reservoirs, will decrease the need for new infrastructure builds.

“With this first pilot we wanted to focus on something actionable, but not lose sight of the big picture,” Garbaliauskas concludes. “The actionable idea was investing in watersheds and getting hydropower companies to pay as beneficiaries, but there is also a big scale up opportunity here for downstream water users in other sectors, with many of the same climate impacts.”

In Latin America, BEM has significant replication and scale-up potential in other watershed ecosystems, with a plan already in place for more pilots in Brazil. With the substantial knowledge and tools developed during the project, there is also potential in Africa and Asia to go beyond hydropower locations.

The Blue Energy Mechanism pilot has produced a body of  knowledge products and tools that are publicly available. This includes an open-source methodology jointly developed with King’s College London that can be applied to any watershed in the world. All this material is available on the BEM project page, here. 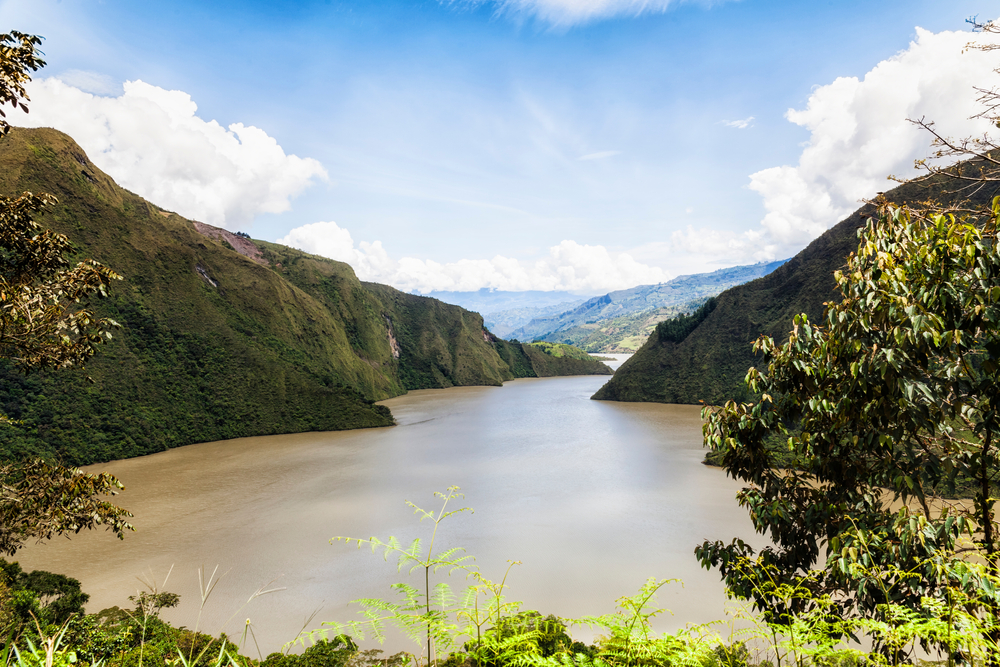