NDF is officially green from the inside out with their new WWF Green Office Environmental Management System, encouraging the organisation to mainstream sustainability across its operations. 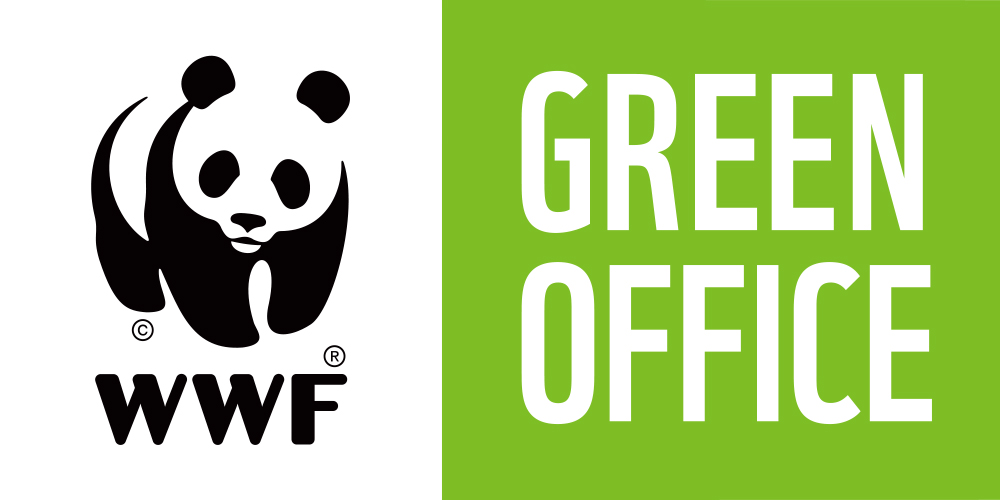 NDF’s core operations of financing climate projects for adaptation and mitigation arguably already makes it a paragon of sustainability. In 2021, the organisation had a total accumulated climate financing portfolio of EUR 427,95 million, much of it targeting the world’s most vulnerable communities. But through the WWF Green Office program they’ve also been focused on their own operations at their headquarters in Finland.

“Outside in the world, we’re a hundred percent climate financing,” affirms Juha Seppälä, NDF’s Environmental and Social Safeguards Specialist, “But with this initiative we have the opportunity to recognise our sustainability efforts also closer to home.”

Back in 2013, NDF had already established a green framework for action introducing measures like separating rubbish, switching from paper towels to cloth, and eliminating plastic bottles for events. “We had a good base to work from,” Seppälä recalls, “but we thought there was still room for improvement.”

So, in 2021, Jesper Andersen, Director of the Quality Assurance and Reporting Department, appointed Seppälä to lead the Green Office team together with Mira Banerjee and Mari Rasilainen, and work started in earnest with the WWF Green Office program towards getting certified.

The timing was just right with pandemic lockdowns becoming a distant memory and more people back at the office in person. The decision also followed on from NDF’s new capital increase from the Nordic governments in 2020, which extended their licence to operate, and was accompanied by a new strategy launch.

“We saw the goal of getting an Environmental Management Certification as one more of these building blocks,” Seppälä recalls.

WWF Green Office has ten core themes for organisations to meet and NDF decided to focus on three areas where they could make the biggest impact: Developing environmental communications, improving energy efficiency and reducing carbon footprint.

In developing their communications, the plan was to start straight away crowd sourcing colleague’s ideas and energising people to get engaged. But first the team needed to get their attention.

On April 1st, they launched a prank email that went to all NDF staff, signed by the Green Office Team. The mail proposed a slate of absurd new measures like composting in the conference room, serving tea at 45 degrees Celsius to save on water heating, even a new directive to extract and recycle single staples from reports.

“Surprisingly, some colleagues praised the initiative,” laughs Seppälä, “others of course gave us push back, but most importantly the prank really got the conversation going.”

From there, the team started holding small meetings and energisers like a recycling coaching and coffee meeting in the kitchen where colleagues were also encouraged to start implementing similar measures at their own homes.

For the Energy Efficiency theme, larger measures require coordination with the building owner as NDF is renting office space. “Except for the obvious things like turning down our heating thermostat and getting better at turning off the lights,” Seppälä explains. However, during the year, the building’s HVAC system was upgraded, which Seppälä says will have a positive energy efficiency impact.

In carbon footprint reduction, the NDF managed some good wins by switching to a carbon-neutral courier for document deliveries, further encouraging public transport and e-bike use, as well as formalising staff remote working options.

However, there is one area of NDF’s core operations that has high emissions and is difficult to avoid. NDF project managers have to go into the field to prepare and supervise projects, which invariably means international air travel. Nevertheless, Seppälä says things have got better on this front, citing the pandemic, where lockdowns forced people to evolve a new culture of remote supervision of missions.

“Even though we can’t entirely eliminate travel, there is now a new sense of normalcy around getting onto a Teams meeting with a local beneficiary on the other side of the world,” Seppälä says.

Now that NDF has passed the WWF green office inspection and has been awarded the green office seal, what will the team do during the three-year period before the next WWF audit?

“It’s good to know we’ve performed well but from here, we’ll be looking for innovative ways to engage our colleagues into performing even better.” Another thing Seppälä wants to do is install a plaque in the NDF entranceway, displaying the green office seal. “It will remind us of this achievement and of the journey ahead.”